In addition to the many symptoms people with fibromyalgia have to face, including chronic fatigue, fibrofog, and persistent migraines, some also have to deal with Raynaud’s phenomenon, a circulatory disorder that causes numbness and tingling in the hands and feet.

Raynaud’s symptoms are typically harmless, but can be quite annoying to deal with. If you think that you have Raynaud phenomenon, speak with your health care provider about your treatment options.

What is Raynaud’s Phenomenon?

Raynaud’s phenomenon is a disorder of the circulatory system that causes numbness, tingling, and discoloration of the fingers and toes. Often brought on by exposure to cold weather or intense emotional stress, Raynaud’s attacks (also called vasospasms) leave the sufferer with a lack of feeling in the affected area.

Generally, Raynaud’s disease is not serious, however, prolonged attacks can leave the sufferer with severe tissue damage, skin ulcerations, and even gangrene.

Between 5% and 10% of the American population is thought to be affected by Raynaud’s syndrome. More women than men tend to suffer from the disorder, and it usually onsets between the ages of 15 and 40.

It is estimated that between 30% and 50% of people with fibromyalgia symptoms experience Raynaud’s phenomenon too. Raynaud’s disease often exacerbates the pain symptoms of fibromyalgia, so sufferers should consult their health care practitioner for treatment advice.

There are two main types of Raynaud’s disease:

What Happens During a Raynaud’s Attack?

Raynaud’s phenomenon occurs randomly, in the form of attacks. These attacks can last anywhere from a few minutes to a few hours, depending upon the severity of your illness.

When your body senses that it is cold, it will try to preserve heat by constricting the surface blood vessels in your hands and feet. A complex system of nerves and muscles is involved in controlling this process.

People with Raynaud’s syndrome have a control system that is oversensitive, causing extreme narrowing, and even the collapse, of some of these blood vessels. They also suffer from spasms in their blood vessels, which prevent blood from flowing to the extremities. 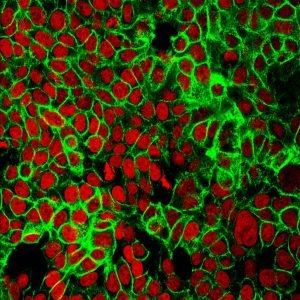 There are numerous symptoms associated with Raynaud’s syndrome. They tend to range in intensity and occur sporadically. Raynaud’s disease symptoms include:

These complications tend to be rare, but if your Raynaud’s disorder is ignored or left untreated, you may be at increased risk.

Complications that can occur include:

Though there is no cure for Raynaud’s phenomenon, there are a few simple things that you can do to control your attacks and reduce the cold fingers, swelling, and tissue damage of Raynaud’s. Before you undertake any Raynaud syndrome treatment, consult with your health care provider.

It is important to be aware of your disorder and reduce your vulnerability to attacks. Try to avoid exposure to the cold whenever possible. If you are going to be outside on a cold day, dress in layers. Always wear mittens or gloves and heavy socks when you are outside during the winter.

Engage in daily exercise to help with your blood’s circulation. If you are a smoker, consider quitting, because nicotine causes blood vessels to narrow, making you even colder.

Medication is generally prescribed for people with Secondary Raynaud’s phenomenon. Calcium-channel blockers help two-thirds of sufferers with their attacks. They work by dilating blood vessels in the fingers and toes, increasing blood flow to affected areas.

Alpha-blockers have also proven helpful for some patients. These counteract the effects of norepinephrine, a chemical responsible for constricting blood vessels.

This website uses cookies to improve your experience while you navigate through the website. Out of these cookies, the cookies that are categorized as necessary are stored on your browser as they are essential for the working of basic functionalities of the website. We also use third-party cookies that help us analyze and understand how you use this website. These cookies will be stored in your browser only with your consent. You also have the option to opt-out of these cookies. But opting out of some of these cookies may have an effect on your browsing experience.
Necessary Always Enabled
Necessary cookies are absolutely essential for the website to function properly. This category only includes cookies that ensures basic functionalities and security features of the website. These cookies do not store any personal information.
Non-necessary
Any cookies that may not be particularly necessary for the website to function and is used specifically to collect user personal data via analytics, ads, other embedded contents are termed as non-necessary cookies. It is mandatory to procure user consent prior to running these cookies on your website.
SAVE & ACCEPT